We all need a little motivation every now and then. And sometimes, just a list of motivational success quotes can get us back in the mood.

If you think you’re starting to run out of juice, sit back, relax, and change your desktop wallpaper into something from our list. Who knows, it might just give you that motivation boost you need!

Here are 10 motivational success quotes that will surely inspire you and motivate you to start working on your dreams again.

The Road To Success 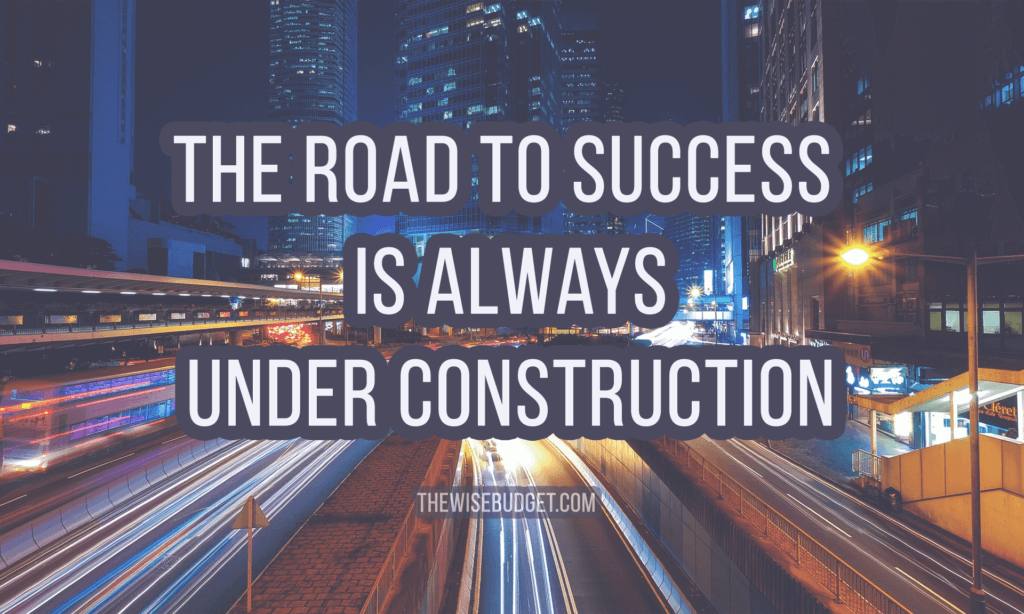 What comes to your mind when you first think of success?

But the thing is, you don’t have to define success as an end-point. The truth is, success is a journey. As long as you’re continuously developing yourself, challenging your limits, and fearlessly trying to achieve all your dreams– that in itself is already a success. 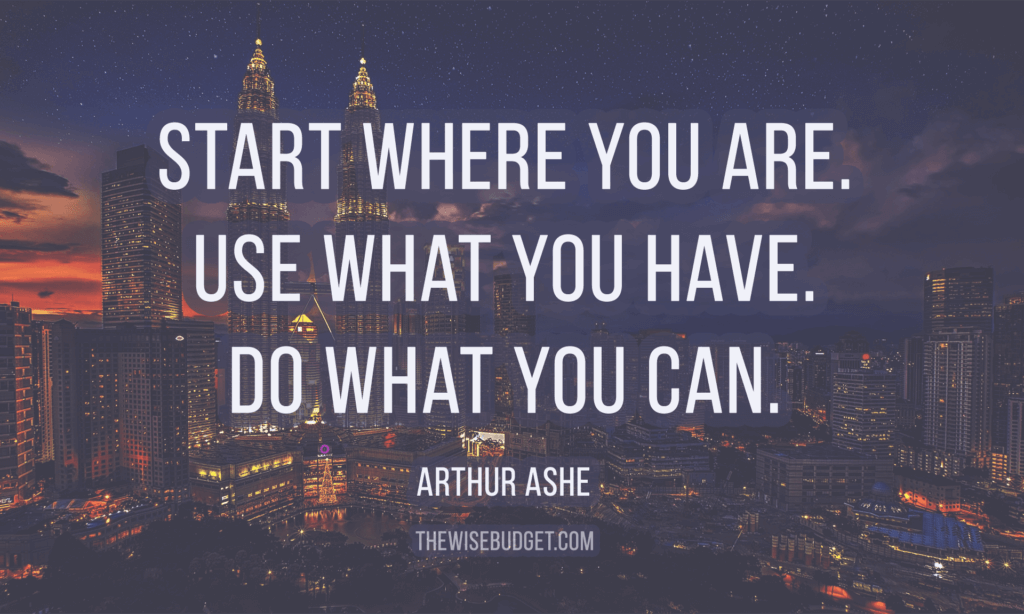 Have you ever hear that saying, “preparation is half the battle”?

In a lot of ways, that’s very true. However, this quote reminds us that we don’t really need anything ‘extra’ or ‘special’ in order to embark on the journey to success. Sometimes, to achieve success, all we have to do is start– right where we are, with all that we have, and as much as we can. 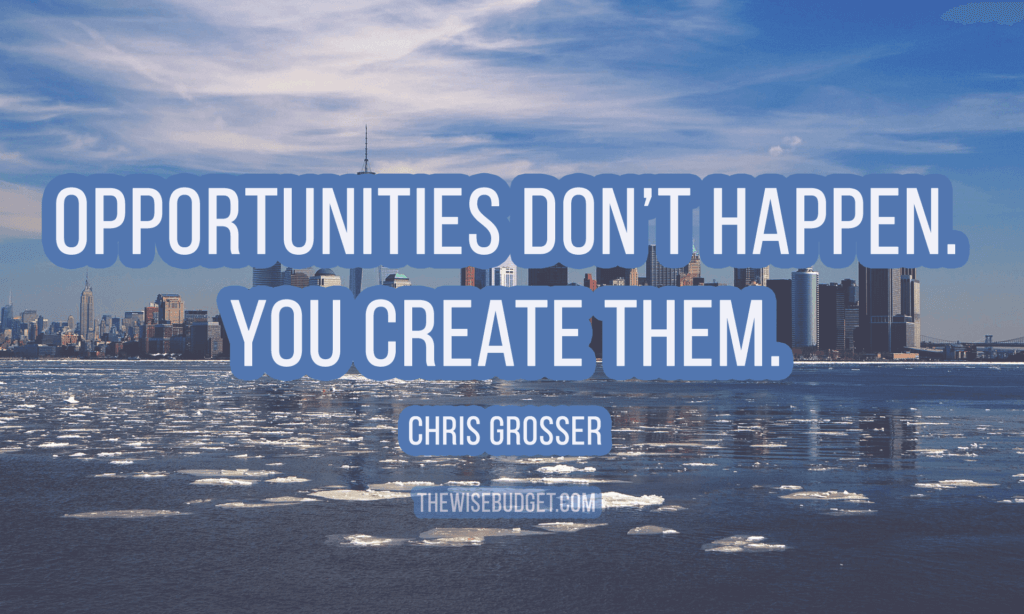 Rarely does something good come to someone who’s not willing to do anything in life.

Sure, some people have gotten rich from a windfall, or from a lucky investment, or from the lottery, even, but those moments are rare. You know what’s not rare? Becoming successful due to hard work, determination, and perseverance.

If you’re willing to create opportunities in order to improve your life, you’ll get there much faster than someone who’s only willing to wait for them to happen.

Let Success Come To You 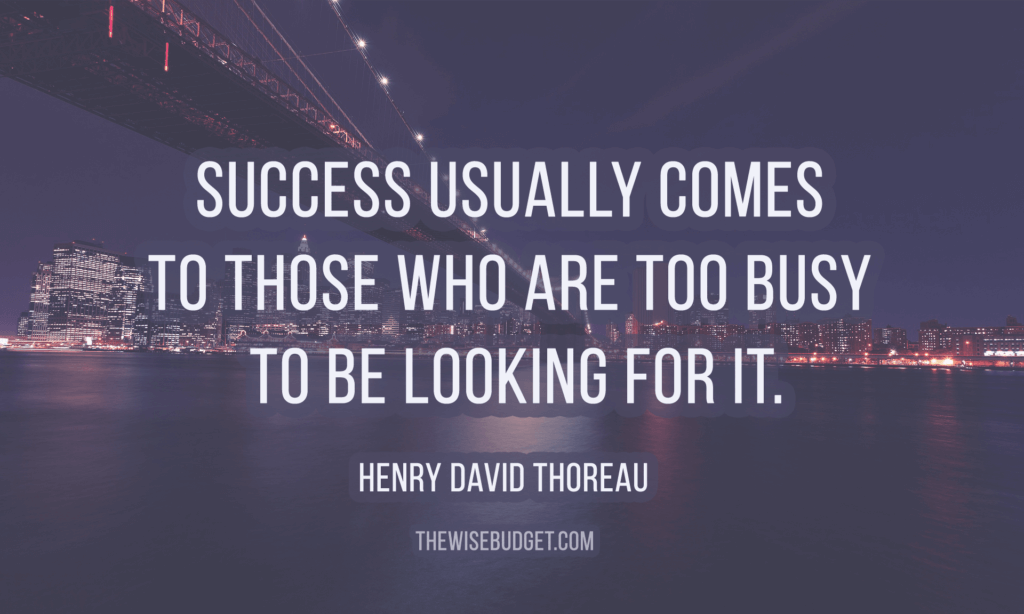 There’s a certain Bollywood movie that I’ve loved for years now. I first watched it when I was in high school and it’s stayed with me since.

The name of the film is 3 Idiots. It tackles the story of three college best friends from the fictitious Imperial College of Engineering in Delhi, India. The film is set in the present, but it covers the boys’ entire 4 years of college through flashbacks.

One of my favorite quotes from the film was: “Don’t pursue success. Pursue excellence, and success will follow, pants down!”

The story is such a rollercoaster ride of emotions, and I suggest that you watch it if you get the chance. I watch it at least once a year, and I probably still will until I get kids! 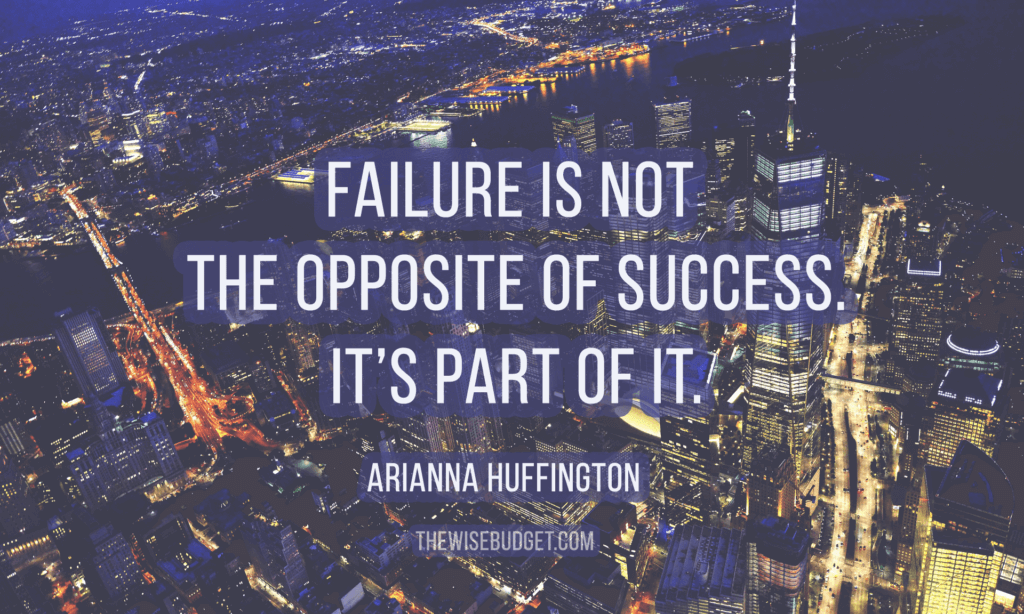 Suppose that for the first time in your life, you decide to finally challenge your limits. You decide to take a risk on something, a business venture, for example, only for it to fail.

So what if it failed? You’re not the first one who ever failed in a business venture. Heck, I’ve failed on a business venture before. But here I am now, telling you “so what” regardless of failures. Failures are an inevitable part of life. Of course, if you want to be successful, you have to accept each bitter failure and keep in mind that it’s nothing but a tiny hurdle to your lifelong journey.

If you fail? Stand up, dust off your knees, and start running again at full speed. 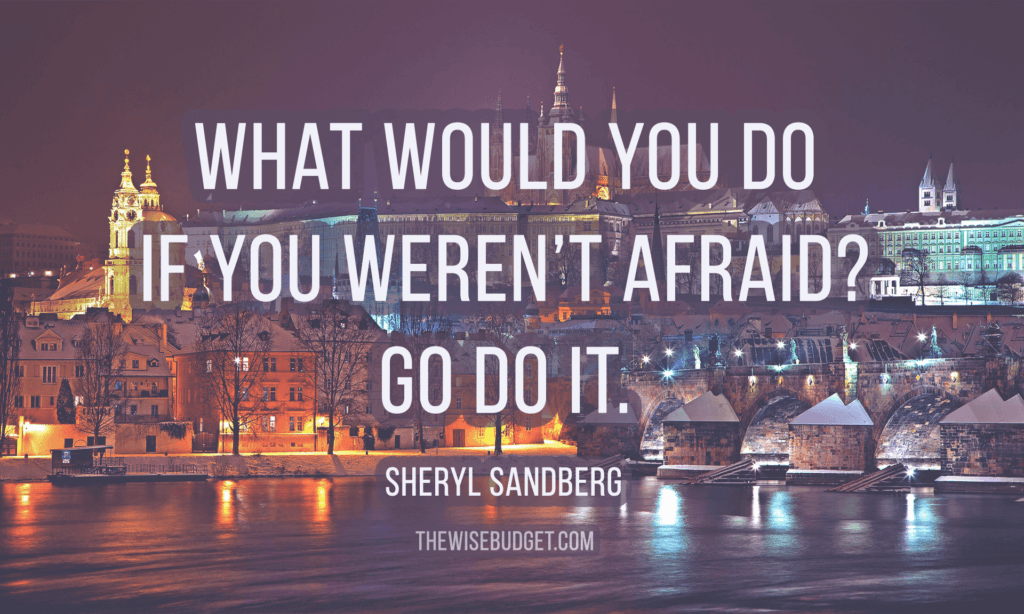 Sheryl Sandberg is the COO of Facebook and author of the book Lean In. She’s one of the women that I look up to the most, and she’s the one I have to thank for this motivational quote.

“What would you do if you weren’t afraid?”

What a very powerful question!

All of us are scared of something, in one way or another. All of us have fears that can hinder us from going out of our comforts zone and becoming the best that we can be. But this is why we have to push ourselves even more. Ever heard of the saying, “You miss 100% of the shots you don’t take”? Truer words have never been spoken.

When you’re scared, perhaps of possible rejection or failure, just do what COO Sandberg does and ask yourself, “what would I do if I weren’t afraid?”

And then go do it. 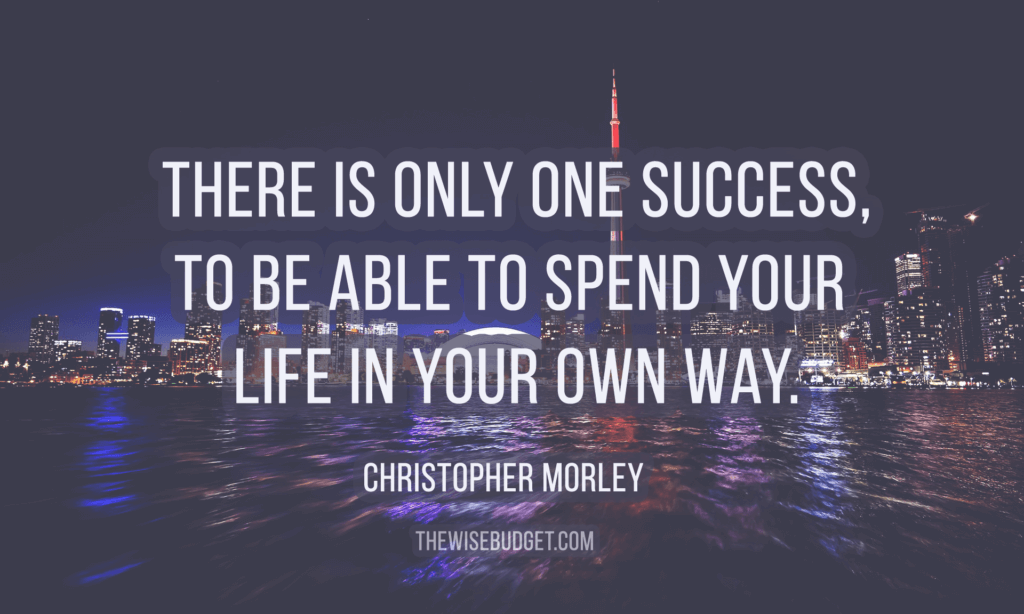 This motivation quote sums up the exact reason why I decided to create this The Wise Budget: to share with everyone the joys, hardships, and adventure of going after one’s dreams and achieving financial freedom.

To aim for success doesn’t always mean that we’re aiming to be rich. At least, not the kind of rich where I can order a Maserati on my lunch break while I’m on my way to the Bahamas from Las Vegas. 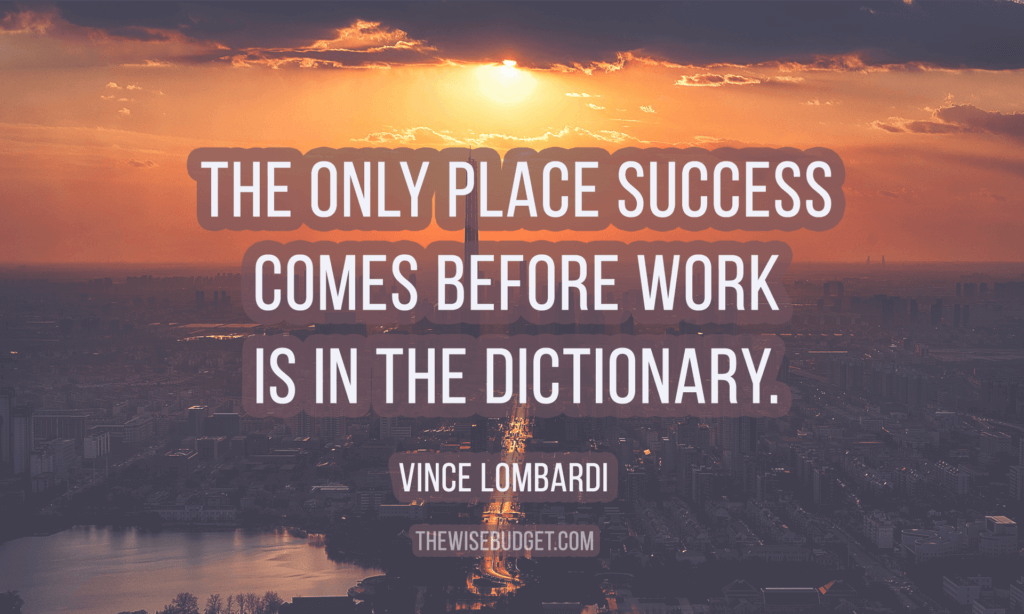 Success comes with hard work, that much should be obvious. Most of the most successful people that we know today had to do a lot of hard work first before they can reach the level of success that they are now enjoying today.

Take a look at Facebook’s CEO, Mark Zuckerberg, who developed the first versions of the popular social media platform Facebook with his friends while they were still in college. They spent hours and hours locked inside their room, sacrificing their social life in the process of creating the most used social media website in the world.

How about Warren Buffet, the world’s greatest stock investor? Did you know that he used to research about all the companies in the US even when he wasn’t a big player yet in the industry? He poured thousands of work into mastering the ins and outs of stock investing and what do you know? All his hard work paid off and now he’s basking in his success. 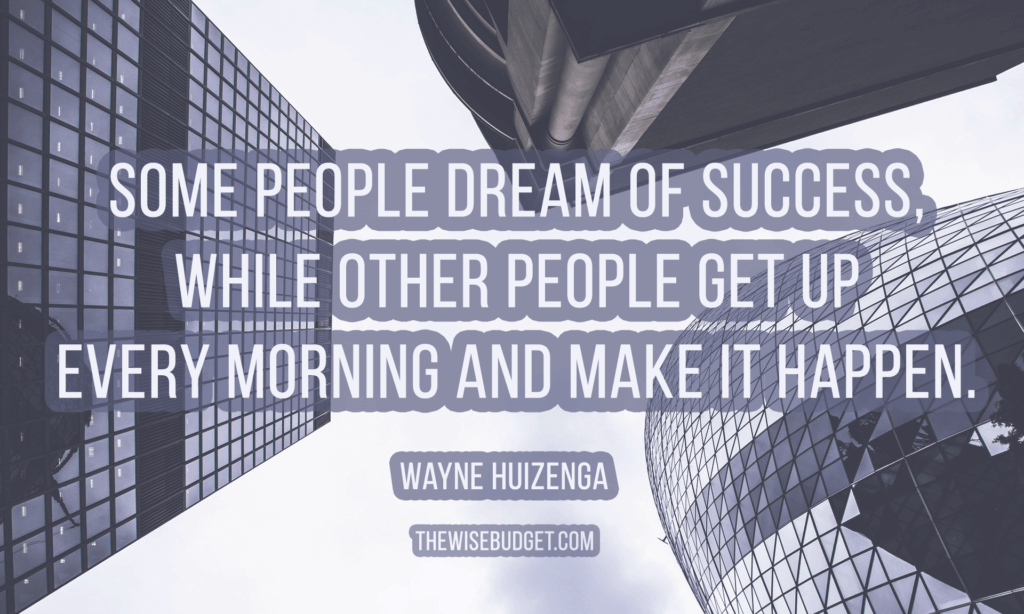 If you want to be successful, well, you can’t just dream to be successful. You have to act upon that desire. You have to really feel it not just in your heart, but also in your brain. Tell yourself everyday, “I’m going to do this, because this will lead me to the path of success.”

If you really want something, you do something to get it. The same thing goes for success. 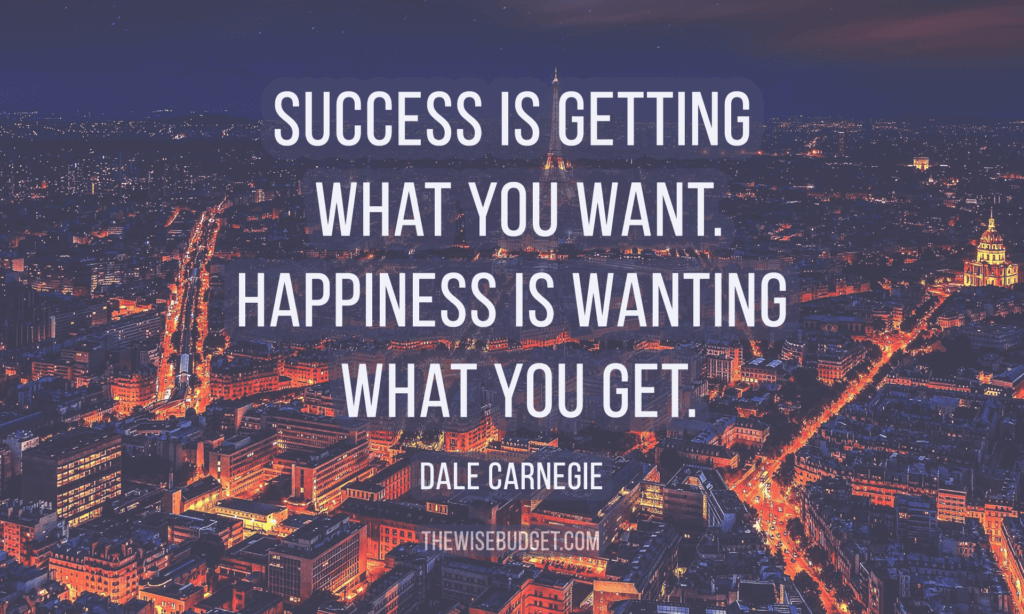 Lastly, success doesn’t mean a thing if you’re not happy.

Honestly, I think the true meaning of success is to become completely happy and content with your life. Even if you’re not raking in all the cash, even if you’re not drowning in dollars, and even if you don’t have millions in the bank, as long as you feel happy with the things you do have and do experience, then you’ve already succeeded in life.

Want to get more motivational quotes delivered straight to your mailbox? Sign up for my newsletter now!

How Discipline Can Help You Save Money

The Budget Diaries: Interview with The Slim Fit Wallet

The Budget Diaries: Interview with My Charmingly Imperfect Life

The Budget Diaries: Interview with The Frugal Fellow

How To Save Money When You’re Living Paycheck To Paycheck

The Best Budgeting Apps On Your iPhone in 2018